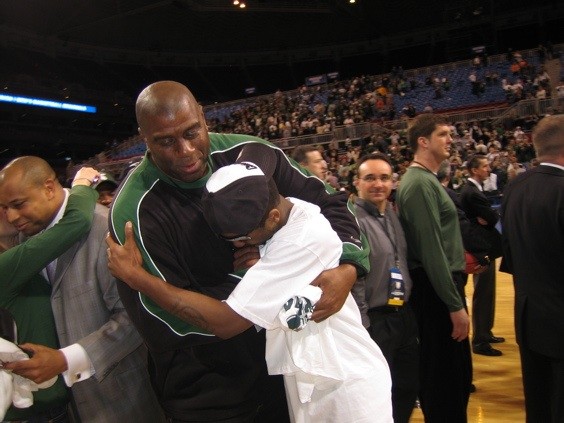 The NCAA was gracious enough to grant the RFT court-side seats on press row for the big games this weekend.

We were stationed directly behind the Tennessee bench for both the Sweet Sixteen and the Elite Eight.

Lessons learned from this vantage point:

A few photos, videos and observations after the jump...
Bruce Pearl is very, very, very animated. He yells, stomps his feet, claps his hands, sweats, spits, scribbles on a white board, shouts encouragement and berates bench players for mistakes made on the court by their teammates. 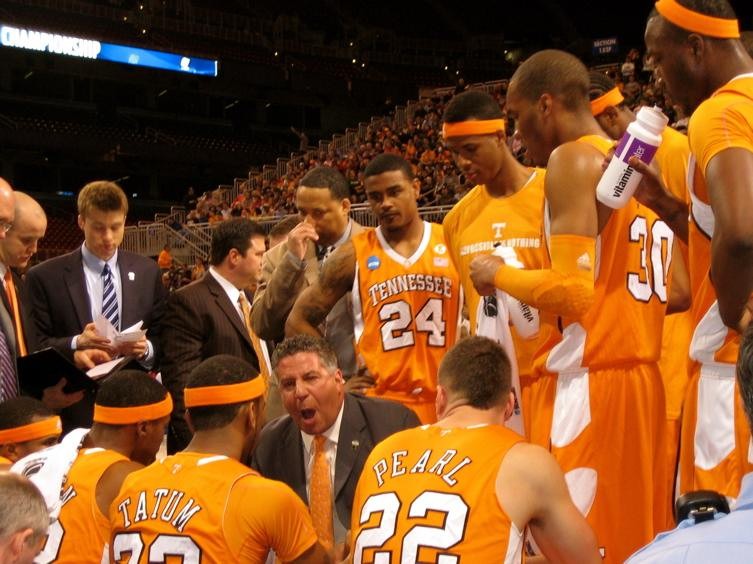 Here's a video of the coach laying into the team and an assistant after a Michigan State run early in the second half:

Pearl's players were mostly unfazed by their coach's rants and raves. Star Wayne Chism, especially, would ignore Pearl and drift off into his own world:
Not that it really seemed to matter -- Chism is Tennessee's best player (he scored a team-high 13 points against Michigan State) and he has an outside shot and NBA-ready body that makes scouts drool. He also seemed to do his best work after timeouts like this one. Still, Tennessee struggled to get him the ball down the stretch.

Enough about the losing team. How about them Spartans? Six Final Fours in twelve years is incredible work by Tom Izzo. 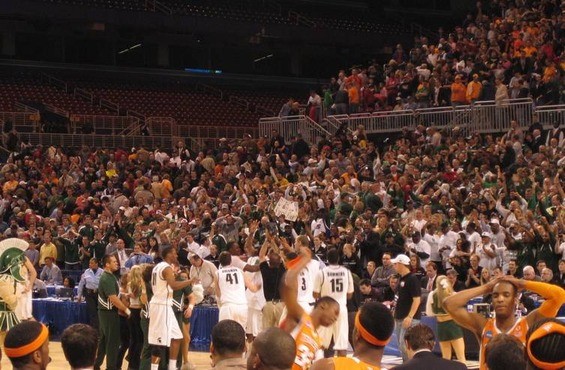 The Spartans showed a lot of heart, winning without their leader and starting point guard Kalin Lucas. Sophomore Korie Lucious played brilliantly in Lucas' stead and that, combined with another big game for Durrell Summers, was enough for the win.

And yet the fans chanted Lucas' name during the trophy presentation and his teammates hoisted him up and let him cut the last string off the net.

Almost a bigger deal, though, was Magic Johnson. He was front and center in the Michigan State rooting section (vastly outnumbered by Tennessee fans, btw; there was a lot of orange in the Ed Jones Dome yesterday) and was mobbed by reporters when he set foot on the court after the victory.

This last image pretty much sums up the general mood of the Spartan faithful. 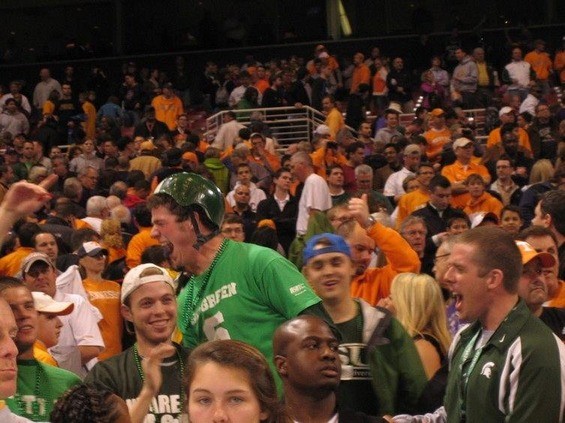