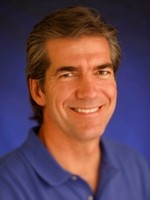 The premise behind Undercover Boss is that underlings don't know what the CEO of their company looks like. So if he were to just hang out among the staff, pretending to be a job applicant or new hire...ooh what's gonna happen?

Well, this Sunday, donning a disguise that seems to consist mostly of a pair of glasses, Joel Manby of Herschend Family Entertainment is going in cognito at his Silver Dollar City theme park in Branson (the company also owns the nearby Dollywood, plus Stone Mountain Park in Georgia).

The preview clip, after the jump, promises that at least one life is going to change forever. Somehow I suspect it won't be my own...


The episode will air Sunday at 9 p.m. CST on CBS.