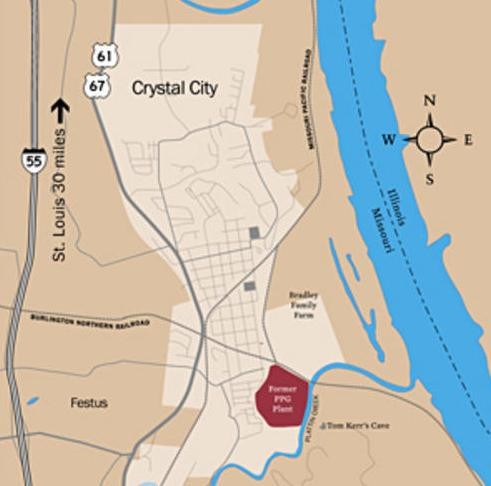 A controversial iron-ore smelter planned for Crystal City will break ground Saturday and will operate within two-and-a-half years.

Residents of the Jefferson County municipality were informed of the construction plans at a city council meeting last night.

The smelter, the brainchild of mine owner Jim Kennedy with Wings Enterprises, will occupy the site of an old glass factory in Crystal City.

Residents of Crystal City have waged a nearly three-year battle to stop the smelter, which they fear will increase pollution and lower property values.