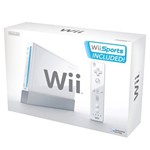 A rookie St. Louis cop was spared jail time today for stealing electronics from an arrestee -- who happened to be carting the loot around as part of her "work" as an informant for the feds.

U.S. District Judge Donald Stohr today sentenced 25-year-old Christian Brezill to two years' probation and ordered Brezill to pay $1,480.34 in restitution. Brezill had faced up to ten years in prison and/or a $250,000 fine for the crime.

Brezill colluded with fellow St. Louis Metropolitan Police Officer Ronald Jackson to confiscate the electronics from the informant's trunk and then split up the loot between themselves.

Here's how it broke down, according to the U.S. Attorney's Office:

After their work shift ended during the early morning hours of July 27, 2009, Jackson and Brezill met at a residential location and split up the seized electronics equipment between themselves. Jackson kept the Sony speaker system, the speaker cable, the X-Box gaming system, and the Dynex LCD flat screen television; he later gave the Sony speaker system and the speaker cable to the individual who had originally provided him the information regarding Jane Doe, and sold the Dynex LCD flat screen television to another individual for cash. Brezill kept the Phillips I-Pod docking system, the Wii gaming system, the Logitech computer speaker system, and the Dell Inspiron laptop computer; he later sold the Phillips I-Pod docking system and the Logitech computer speaker system to an individual for cash.


Like Brezill, Jackson has pleaded guilty to one felony count of theft, and will be sentenced in federal court on April 23.