House To Vote on Health Care Bill on Sunday, All But One Mo. Congressman Toes Party Line 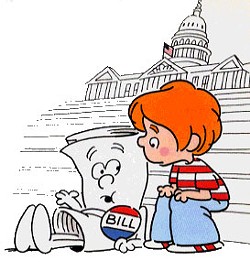 After months of protracted debate, the health care overhaul bill is up for another vote in the House of Representatives on Sunday.

If passed, the legislation could return next week to the Senate where it would receive an up or down vote -- allowing passage with a simple majority. That vote could come by the end of next week.

Like their counterparts elsewhere, Missouri congressman are lining up along party lines. The exception being western Missouri democrat Ike Skelton, who's expected to vote against the bill. The House vote is expected to be extremely close.

Democrats were buoyed yesterday by a report released yesterday by the non-partisan Congressional Budget Office that found the bill would cost $940 billion, while at the same time reducing the deficit by $130 billion over the first ten years and $1.2 trillion in the second ten years.