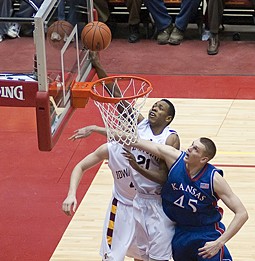 Here are some alarming race-related stats, released this week, to keep in mind as March Madness invades your thoughts and the entire universe.

According to a study of 64 teams in the men's NCAA Division I Tournament, Mizzou's black basketball players show a 25 percent graduation rate. For white Mizzou players -- a pretty rare breed in the last ten years -- the rate was 100 percent.


(CAUTION: don't forget that the sample size in this particular study never exceeds 64 teams, and Division I men's basketball has 32 divisions with more than 340 squads.)

The study, just released by the Institute for Diversity and Ethics in Sport at the University of Central Florida, also compiled data on a slightly smaller pool of 57 teams and their graduation rates.

Click here to see the women's and men's combine study.