March 18, 2010 at 11:32 AM
comment
A teenager fleeing St. Louis police in a vehicle reported stolen in a carjacking last week crashed into another auto last night killing 20-year-old Angela Robertson and critically wounding a 22-year-old passenger in her car.

The 16-year-old is in the hospital recovering from a broken nose and spine. As he is a minor, his name was not released, although authorities may seek to certify him as an adult. St. Louis homicide detectives are now investigating the accident that occurred around 10:18 p.m. 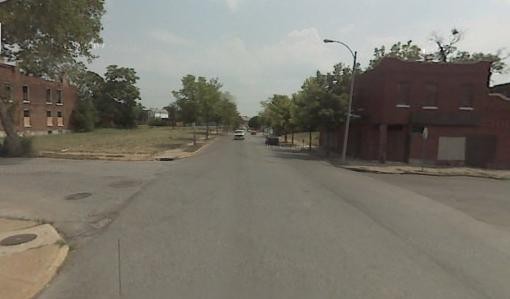 Police this morning gave the following account of the incident:
Officers were in the area of W. Florissant and Harris near O'Fallon Park when they observed a Mazda MX6 taken in a carjacking March 12 in the 4800 of Dryden. The officers immediately activated emergency lights and siren in an attempt to pull the vehicle over. The driver of the stolen vehicle refused to stop and fled the scene.

Five blocks east of the vehicle's initial sighting, police say the MX6 violated a stop sign at the intersection of W. Florissant and College and slammed into a Chevrolet Camaro driven by Robertson.

The juvenile driver of the stolen vehicle was transported to an area hospital for treatment. He suffered a broken nose and a fractured spine. He remains in the hospital. Since the suspect  is a juvenile, information regarding any charges against him must be obtained through the Juvenile Court.

The investigation is being handled by the Homicide Division and Accident Reconstruction.