March 17, 2010 at 10:05 AM
comment
Once upon a time, Quansa Thompson was just a teenager at Cardinal Ritter and Gateway High School. Now she's a 29-year-old exotic dancer on the East Coast who's filed a federal lawsuit against a strip joint for violating a Depression-era labor law. 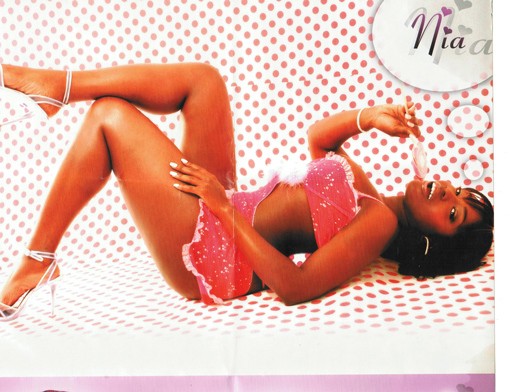 Make that former exotic dancer; she says she's leaving the biz to launch her own men's magazine called, "Rare Chocolate." To interested male readers: the Maryland resident has confessed to Daily RFT that she's single, adding, "I don't think there's a guy out here that's ready for me." Oh sweet baby Jesus.

Here's the Washington Post on what good days were like at The House, the club where Thompson -- stage name "Love" -- used to work in D.C.:

The high-rollers -- the "ballers," as [Thompson] called them -- "would make it rain," literally showering her with fistfuls of dollars.

On a given night, Thompson said, she could earn as much as $1,200...[and] made $80,000 to $100,000 a year, enough to buy herself a Grand Marquis, rent an apartment, take college-level classes, accumulate savings and fancy herself a budding Warren Buffett, whose biography she has read ("He's a hustler, just like me"). Not bad for a woman who grew up in group homes in St. Louis, has no immediate family and says she once spent eight months in prison for armed robbery.

The downside to working there? Well, the article continues, the club:

paid her and the other dancers $20 for showing up each day, with the understanding that they could keep their tips after they paid the management a couple of fees -- $20 to the DJ, $20 to the bartender. If a dancer was late to the stage, Thompson said, the club charged a $10 penalty. The fine for missing a shift was $80, even if it was because of an illness...

When Thompson complained to the owner, she got canned. She retained a lawyer, who concluded that even though strip clubs technically consider dancers "independent contractors," the club rules treat them as if they were essentially employees.

That would entitle them, under the Federal Fair Labor Standards Act of 1938, to minimum wage (which the girls weren't getting if you do the math). To view the complaint filed by Thompson in federal district court, click here .

Thompson tells Daily RFT she was born and raised here in St. Louis, before dropping out in ninth grade and moving east (she now lives between Baltimore and D.C.) She comes back to visit St. Louis a couple times a year to see her extended family in both the city and the county.

She claims she's done with dancing, and wants to publish her magazine, which she says will have topics that relate to men and their problems - money, women, fashion, etc. She told the Post that it would be called "Rare Chocolate," and would be "devoted to showing off beautiful women of color. 'Cosmo for men,' she said."

(Side note, if you're interested: Washington City Paper, the capital's alt-weekly, has blasted the Post for what it considered a sexist coverage of Thompson's lawsuit; click here for more.)