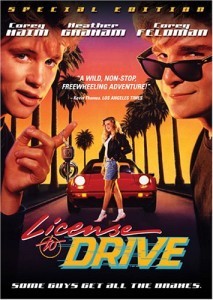 If you haven't heard yet, police across Missouri are cracking down on unbuckled teenagers over the next couple weeks as part of that state's "Arrive Alive" program.

From now through the end of the month, cops will be looking to ticket teen drivers (and their passengers) caught not wearing their seat belts.

Here, though, is where Arrive Alive's advocacy program gets interesting. According to the agency, a staggering 40 percent of Missouri teenagers don't wear seat belts.

That seems inflated to me, but then there's this (courtesy of Arrive Alive):

One in four Missouri traffic crashes involves a young driver. Between 2007 and 2009, 304 teens (15-19) were killed in traffic crashes. Of those killed, 72 percent were unbuckled.