Sweet! The Sixteen Best Player Names in the 2010 NCAA Tournament

Mizzou is dancing (despite their stumble in the Big 12 tournament) but unfortunately the slipper did not fit for the SLU Billikens, who were pummeled by Rhode Island in the Atlantic 10 tournament and left out of even the lowly NIT, where they could have faced an Illinois team whose bubble also burst on Selection Sunday.

But enough of them and onto the bracket. Kansas, Kentucky, Syracuse and Duke are the No. 1 seeds and Final Four favorites. Big names though they are in the world of college hoops, their players don't have any of the best names in the NCAA tournament.

From sons and sound-a-likes of NCAA past legends to silly nicknames and just plain strange monikers, we count down the sixteen best:

16. Gideon Gamble. Gambling, especially in the office pool to distract from work, is one of the best parts of the big dance. Here's betting that the Winthrop Eagles will defeat Arkansas Pine Bluff in Tuesday's play-in game thanks to a big shot from this 6-7 freshman guard.

15. Lebaron Weathers. Defending the Arkansas Pine-Bluff's basket in the play-in game: Lebaron. Just guessing but the Golden Lions would probably be higher than a 16 seed if they had LeBron as their center instead of this guy. Bonus points for sounding like a used Chrysler.

14. Will Brew Jr. Beer and college basketball go together like beer and pretzels. Fans of the UC Santa Barbara Gaucho's may need a home brew or two from their sophomore guard after they take on 2-seed Ohio State and their star Evan Turner.

10. Ralph Sampson III. Minnesota fans hope the 6-11 son of the Virginia legend follows in his father's 7-4 footsteps and leads the Golden Gophers to the Final Four. Edges out Montana's Shawn Stockton (nephew of Utah Jazz and Gonzaga point guard John Stockton) as the best descendant of a former NCAA great.

9. Lucas O'Rear. On the day after St. Patrick's day, Northern Iowa will need their junior forward whose name sounds like the set up for a prank call to an Irish pub to come up big against UNLV. His teammate Kwadzo Ahelegbe get honorable mention in the unpronounceable category.

The elite eight continues after the jump... 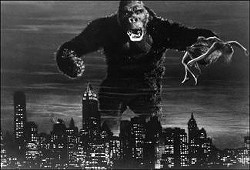 7. Quincy Pondexter. University of Washington's star forward led the Huskies to the Pac-10 tournament championship along with his scrappy teammate, point guard Isaiah Thomas. Pondexter's equally awesome named father Roscoe played for Lute Olsen at Long Beach State while Thomas' dad named his son after the Indiana Hoosiers great (and New York Knicks destroyer) after he lost a bet when Thomas led the Pistons to a 1989 playoff victory over the Lakers.

6. Festus Ezeli. Vanderbilt's 6-11 center would likely win the feats of strengths competition at any Festivus celebration. Bonus points for sharing the name of a podunk St. Louis exburb.

3. Picasso Simmons. The Sports Guy's new favorite reserve guard plays for the Murray State Racers. He's not much of an artist on the court, averaging just .4 ppg on the season.

1. Just-in'love Smith. A senior guard for the Siena Saints, his parents obviously had strong feelings for each other.