Jonathan Franzen's New Novel (and Oprah-Snubbing?) Due Out in September 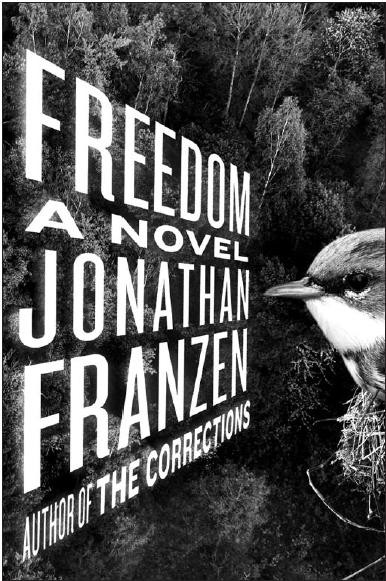 Webster Groves native Jonathan Franzen's first novel since 2001's The Corrections will be out this September. Titled Freedom, it's the story of the unraveling of a family of "urban pioneers" (read, gentrifiers and Whole Foods shoppers who are better than you).

Freedom, sad to say, is not set in St. Louis as its predecessor was. (OK, so Franzen called it "St. Jude," but we knew what he meant.) Its publisher promises "an epic of contemporary love and marriage. Freedom comically and tragically captures the temptations and burdens of liberty: the thrills of teenage lust, the shaken compromises of middle age, the wages of suburban sprawl, the heavy weight of empire."

Its unclear if Franzen will snub Oprah or any other form of major free publicity this time around.

More publisher blather after the jump:

Patty and Walter Berglund were the new pioneers of old St. Paul--the gentrifiers, the hands-on parents, the avant-garde of the Whole Foods generation. Patty was the ideal sort of neighbor, who could tell you where to recycle your batteries and how to get the local cops to actually do their job. She was an enviably perfect mother and the wife of Walter's dreams. Together with Walter--environmental lawyer, commuter cyclist, total family man--she was doing her small part to build a better world.

But now, in the new millennium, the Berglunds have become a mystery. Why has their teenage son moved in with the aggressively Republican family next door? Why has Walter taken a job working with Big Coal? What exactly is Richard Katz--outré rocker and Walter's college best friend and rival--still doing in the picture? Most of all, what has happened to Patty? Why has the bright star of Barrier Street become "a very different kind of neighbor," an implacable Fury coming unhinged before the street's attentive eyes?