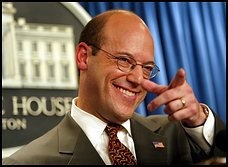 Tiger Woods is preparing his return to golf following his self-imposed exile to deal with, um, domestic issues.