Roy Blunt "Proud" To Be On Environmentalist's Dirty Dozen List 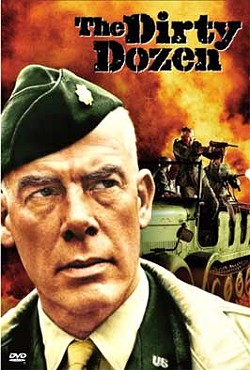 The League of Conservation Voters released its annual "Dirty Dozen" list of U.S. lawmakers who consistently vote against clean energy and the environment yesterday and Missouri's Roy Blunt was among the dirtiest.

The group says Blunt, a Republican from the southwest corner of the state, is one of the least green Congressman in office -- unless you count the green he receives in the form of campaign contributions from oil and gas companies.

"Roy Blunt has accepted more than $1 million from Big Oil and other energy interests over his entire career, $460,198 from the Oil and Gas industry alone," the group wrote in a press release. "He has been an unwavering supporter of Big Oil through his votes to maintain tax breaks and subsidies to polluting corporations while Missourians paid record prices at the pump."

A spokesman for Blunt's campaign to replace the retiring Kit Bond in the Senate says his candidate is "honored" by the criticism.

Via the Kansas City Star:


Rich Chrismer, a spokesman for Blunt's campaign, said the Republican was "honored" to be on the league's list.

Chrismer said that Blunt was "proud to oppose these environmental extremists who want to kill Missouri jobs and increase taxes and appreciates the acknowledgment that he is one of the fiercest opponents of their radical agenda."

According to the League of Conservation Voters, however, Blunt's anti-environment voting record killed more jobs than it helped create.


Rep. Blunt has consistently voted against repealing subsidies to Big Oil, against increasing the use of renewable electricity and against efforts to help American drivers go further on a gallon of gas. In 2009, he most notably voted twice, in committee and on the floor, against the American Clean Energy and Security Act that would help create 35,000 clean energy jobs in Missouri, reduce carbon pollution and increase energy independence.

The group reported that in 2009 Blunt voted against every single proposed piece environment-friendly legislation that came across his desk. It has started a website -- BigOilBlunt.com -- and a Twitter feed of the same name to help spread the word about Blunt's anti-environment policies. Or, as Blunt would call it, free campaign propaganda.