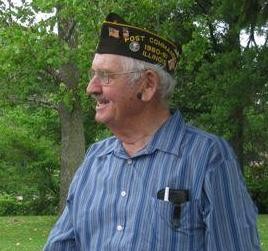 The Belleville News-Democrat is reporting the story today, though truth be told it was the Madison County Record that broke the news last week.

In his role as supervisor for the Madison County township, Steiner has authority to provide financial assistance to residents. The suit filed March 1 states that Steiner groped the buttocks of Laura Barry when she came to him for help paying her utility bill.

Steiner's attorney did not respond to the News-Democrat's request for comment. Meanwhile the township's attorney has denied that any government official knew of the complaints against Steiner.