March 05, 2010 at 9:44 AM
comment
Reading a Post-Dispatch item this morning one could get the impression that the Rock Hill City Hall has been knee-capped -- perhaps even "shanghaied" -- by its Chinese restaurant neighbor.

As the daily reports, part of the strip mall in which the St. Louis suburb houses its government is now condemned after the roof collapsed in the adjacent Rock Hill Chop Suey. 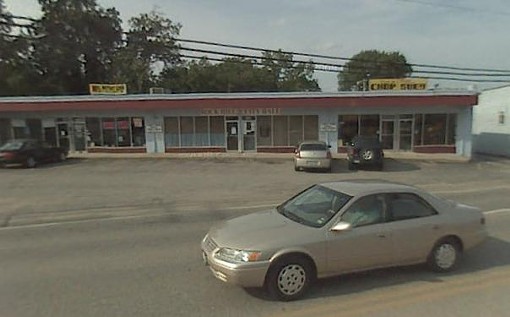 The paper further reports that the City Hall may now be forced to "relocate with no notice."

"We can stay here," says Liyeos. "We've survived for the past four-and-half-years and have no plans on moving anytime soon. (Rock Hill moved its offices into the strip mall after selling its previous City Hall to make way for a development.)

"No," says Liyeos. "We really weren't that inconvenienced."