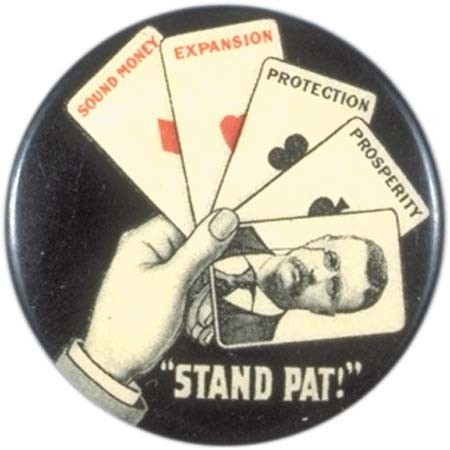 The NHL's trade deadline came and went yesterday without the Blues making an major moves. They had Brad Boyes out there on the market, but found no offers to take. They did make a couple small moves, but when Matt D'Agostini is the only player traded for who's expected to join the big club, it's fair to say it was a quiet deadline.
And really, that's probably okay. There are two ways you can go at the deadline; you can buy or you can sell. Honestly, though, I'm not sure either one of those was the right way for the Blues to go. No matter how much you might like to see them make a move just for the sake of the movement, standing pat might have been the only option that made sense.
There was plenty of speculation heading into the deadline the Blues would ask Keith Tkachuk to waive his no-trade clause, and possibly do the same with Paul Kariya. Both, of course, are big-name (and big-dollar), players who no longer have quite the skills which made their names in the first place, but still possess value to a squad trying to make a run. Teams make this sort of deal all the time: Aging vet for future talent when the team isn't going anywhere.
The thing is, though, the Blues just couldn't afford to be sellers. After sleepwalking through much of the first half of the season, the Blues' recent surge has brought them to within three points of the final playoff spot in the Western Conference. Davis Payne has the team playing their best hockey of the year, winning the last three before the break and coming out with a win in their first game back.
Trading away a pair of players who helping the team, no matter what value they might have on the trade market, just isn't an option. Beyond the damage it would do to the team, there comes a breaking point with the fanbase as well, when they finally tire of hearing patience repeated ad infinitum, and building for the future becomes stale and frustrating. The St. Louis fanbase may not be at that point just yet, but the natives are a bit restless after seeing the Blues make the playoffs last year and then struggle to keep that momentum going this season.
Unfortunately, the Blues found themselves unable to really be buyers, either. Very few big names changed hands this year, both because so many teams remain at least relatively close to playoff contention and because the timing of the trade deadline so soon after the Olympics seemed to throw a monkey wrench into many teams' plans. (And don't get me started on that ridiculousness; you don't have the deadline two days after you come back from a two week shutdown. Just a terrible idea.)
So the Blues ended up standing pat, stuck between buying and selling. Honestly, I think it was probably the right way to go, but I still wonder. The problem with standing pat is it puts you almost in a lose-lose situation for the rest of the season. If you fail to make the playoffs and get nothing, the question will be, "They weren't good enough to get in, so why didn't they at least move some older players to try and make next year's squad better?" If you do play well enough to make the tournament, the question becomes, "Well, why in the world didn't you do something to bolster your chances? After all, once you're in anything can happen. You need to take your shot when you can." Either way, John Davidson and Larry Pleau are going to find themselves on the receiving end of plenty of second-guessing.
Then again, maybe that isn't such a bad thing. You want to silence those questions about why you didn't make a move to push the team one way or the other, to improve it this year or next, there's really only one way to do it.
You just have to win. A deep playoff run will make all the questions dry up and blow away. So that's really all JD has to get through to his team: just win, boys. Just win, and none of us look bad.
Just win.