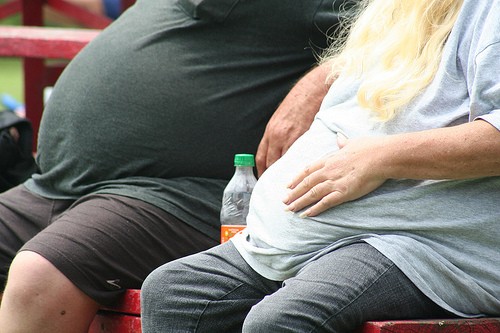 Yes, the RFT often writes about fat people, whether it's EMTs struggling to cart around the morbidly obese, history's biggest porkers, or just pannus.

But we're not the only ones observing fatties in our midst: Time just published a big story on obesity rehab for children, told through the experience of teenager Elizabeth Fedorchalk. Her hometown? Holt's Summit, near Jefferson City.

As Time describes her:

She had been trying to lose weight since elementary school, but diets never made a difference. She wasn't husky. She wasn't big-boned. By age 16, the 5-ft. 5-in., 291-lb. high school junior from Holts Summit, Mo., was undeniably obese. And each year, it was only getting worse.

The story goes on to document her experience at Wellspring fat camp. After six months, she learned to watch what she puts in her mouth and managed to walk a half marathon. She's dropped 72 pounds and gone from dress size 22 to 14.

Daily RFT salutes her efforts. At this rate, we'll have to find somebody else to write about - and rest assured, we'll find somebody!