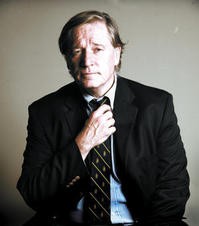 Daily RFT received a call today from a source claiming to have intimate knowledge of the embezzlement investigation at the conservative think tank Show-Me Institute.

The source tells us that the amount of money missing from the institution may reach as high as $1.2 million, with a former employee using a Show-Me Institute credit card to purchase jewelry, fund lavish vacations and do work on her home.

At the same time, Kemper adds that he has not been in contact with investigators since a forensic accountant began examining Show-Me Institute records last week.

Kemper could confirm, however, one other tidbit revealed by our source: Show-Me Institute will soon shutter the doors of its Columbia office.

"The closure of that office is really unrelated to the investigation," says Kemper. "But it's become clearer that we do need to reorganize some to make sure something like this doesn't happen again."

Kemper says the Columbia office, which has been opened for about a year, was mostly used by interns to conduct policy work. Kemper says that work can be performed from home or elsewhere.

Kemper said he could not address our source's allegations that the former employee used a Show-Me Institute credit card for jewelry, vacations and personal expenses.

"I've been advised by our attorney not to comment much about the investigation," says Kemper. "Let's just say a lot of things were happening that don't usually occur at a think tank."

In related news, Kemper -- who also serves as chairman of the Kansas City Public Library -- is facing flack that he's using his influence to promote a repeal of Kansas City earning's tax. The Show-Me Institute is attempting to kill the earning's tax in both St. Louis and Kansas City as well as eliminate Missouri's income tax.