February 25, 2010 at 5:17 PM
comment
Remember back in 2008, when Colby Rasmus' father Tony Rasmus made headlines all over the place posting nasty stuff on message boards after Colby was sent to the minors to begin the season in spite of a brilliant spring? There was talk of another family member posting much of the most incendiary material, but it was clear at least some of it was coming straight from the patriarch.

Well, Rasmus Sr. is still around, posting his son's personal business all over internet forums. He goes by the handle of RCWarrior, and he just refuses to shut up.
I just don't get it. How in the world does this man not see what a problem this is? You can't go tossing your son's personal thoughts and business all over the internet. I don't know, maybe Colby doesn't mind, but I know I certainly would. Then again, I doubt my dad going online and telling everyone I occasionally like to do a little striptease to Sylvester records late at night all alone in my house would really be that newsworthy to anyone at this point. Sigh.
At least what Rasmus the Elder has to say this time is mostly positive. He posted recently over at Brian Walton's The Cardinal Nation site how excited Colby was to be working with Mark McGwire.

"The first [thing Colby said] was that he really loved the way Mark McGwire was approaching helping him and that he thought Mark was going to be a big help for this team hitting wise.  He said Mark wanted to learn his swing before making any adjustments rather than making wholesale changes like has been the usual pattern each spring.  This was huge to Colby because he had really lost alot of faith in the hitting help he had received each year.  Kudo's to Mark."

I do find that very interesting. I was banging the drum on Hal McRae being less than stellar as a hitting coach loud and long last season, and to hear it from someone at least peripherally connected to what's going on in the organisation is very, very gratifying. 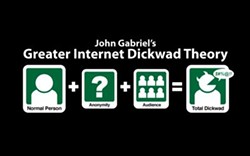 There was one other really important bit, I think. Referring to Colby talking about Matt Holliday and the impact he's already had on the clubhouse, Colby apparently called Holliday 'the man', said he was very much a team leader, and said the atmosphere was greatly enhanced just by his presence. And then, the Elder took it too far.

"And with that he said, 'This year's gonna be fun where last year was miserable.' Kudos to Matt."

See, now that's just the sort of thing I'm talking about when I say I can't understand how this isn't a problem. It's great that Colby is excited about having Matt Holliday on board, and it's great the clubhouse seems to be progressing nicely (to borrow a phrase from spring trainings past), but at no point should Colby saying in a private conversation to his father, "last year was miserable," be put out there for public consumption. It's just going to cause problems in the long run. There's absolutely no upside to that sentiment becoming public knowledge.
Maybe I'm just missing something, and this is just the way the Rasmus family works, but if I were Colby I would do everything I could to get my father to just shut the hell up on internet forums. Because at some point, Colby is going to be tired and frustrated and fed up, and he's going to say something about the team or a teammate he doesn't really mean. And then do you know who's going to hear about it? Everyone. And then things are going to get really ugly.