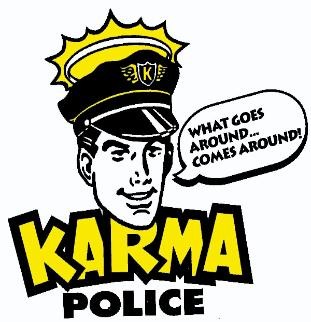 We can all exhale now.
I'll admit it: I fully expected the U.S. to get bounced against Switzerland. Not before the game, mind you, but sometime right around the end of the first period, a period in which Jonas Hiller blocked 18 shots on goal while his team managed only 4 of their own, I started to feel a little queasy. I started thinking to myself, "Oh, no. This can't be the way this team goes out. They've got to at least get a chance.
Hiller nearly did to the Americans what Miller did for the Americans just a couple nights back. And I couldn't help but feel karma might just be getting ready to bite our boys squarely on the ass.
As inspiring as our boys' win over the Canadian team was, facts is facts, and facts is our boys were really outplayed. The reason they won over a superior team who also happened to play better hockey is simple: the goalie. Ryan Miller went crazy, and the U.S. pulled off an upset.
Well, Wednesday the tables were turned. The American team was clearly superior to the Swiss team in virtually every way, and they played solid, borderline inspired hockey as well. And, of course, Jonas Hiller nearly made it all a moot point with a brilliant performance. That first period was a statement by the Americans; a statement about just what kind of hockey team they really are.
Unfortunately, Hiller had a statement of his own to make. It came through loud and clear.
What really started to worry me was the U.S. team looked a bit sluggish in the second period, as if they had worn themselves out in the first banging and skating and shooting puck after puck at what seemed an impenetrable wall. Actually, let me take that back. They didn't look sluggish; they looked tight.
The Canadians had that same look all through the game they lost to the U.S., a look which spoke clearly of fear. Fear of failing to be what they were supposed to be. On Wednesday, it was the Americans' turn to feel the pinch. They had just beaten the best hockey team in the tournament, and suddenly everyone was looking at them differently. Now they had to beat the Swiss; just had to. And that fear of screwing the pooch showed in their play as the game got old and the score stayed stubbornly tied.
Luckily, though, the American defense held strong, Ryan Miller was outstanding again, and Zach Parise knocking in a goal out of a scrum in front of Hiller. It proved to be all the Americans needed, even though the Swiss themselves might just disagree with that.
So, can the Americans relax a bit now? I certainly hope so; another scare like the Swiss game might just take me out completely. And honestly, I think they will. It was clear the team let the weight of sudden expectations pull them down a bit; perhaps now that they're past the first stumbling block they can loosen back up and play the brand of hockey they played before they were suddenly anointed the big boys on the block.
At this point, I honestly don't see anyone but the U.S. and Canada meeting in the finals. And then we'll see just whose side karma is really on.