After Praying On It, Vincent Bommarito Resigns from Board of Police Commissioners 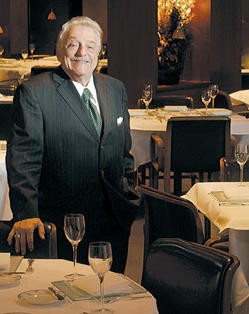 Vincent Bommarito is a civilian again, just the owner of a fancy restaurant.

The 79-year-old proprietor of Tony's today -- "after much thought and prayer over the past several days" -- offered his resignation from the Board of Police Commissioners, effective immediately.

In his three-paragraph letter to Gov. Jay Nixon, Bommarito wrote: "I cannot sufficiently express my gratitude for the many hundreds of people who have contacted me and voiced their support for me. What is right today is for all of us to focus on the good work of the men and women of this great Police Department and the people they serve."

The colorful restaurateur, who was appointed to the five-member board in 2007 by then-Gov. Matt Blunt, drew public heat and biting criticism from Mayor Francis Slay and Police Chief Daniel Isom for calling a patrol sergeant to help keep his nephew, Christoper Campo, out of jail the night of February 13, after Campo's arrest in Soulard on suspicion of drunken driving.

Uncle Vinny's call apparently did the trick, as Campo, 46, was brought to Tony's, where, according to the police sergeant, seemed to be quite sober.

View Bommarito's entire resignation letter on the next page.