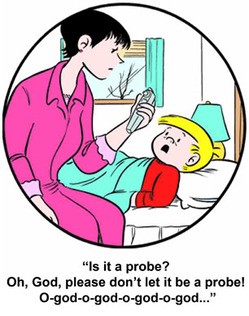 That's the word coming from KMOX this morning. Citing anonymous sources, the station's Kevin Kileen reports that the FBI's "probe goes all the way up the elevator."

Here's the issue at the heart of the rumored wrongdoing:


The feds are looking at whether the companies chosen to do business with the county are properly chosen.

For several weeks now, KMOX has been seeking information from the county under the state's sunshine law. We have asked for information on federal subpoenas that have been served, or documents turned over to the feds.

The station says its Sunshine Law requests have been rebuffed thus far and they've filed a complaint with the Missouri Attorney General's office.

But who are the actual targets of the alleged federal investigation?

KMOX offers no details except to say "several high-level people with connections to the County Executive's office are under the microscope" for the way government contracts were awarded.

That's a little vague but contracting scandals are just about the oldest crime in the books when it comes to political corruption so that aspect of the story is hardly far-fetched.

That said, FBI investigations are fairly common (especially, it seems, in St. Louis.) Prosecutions, though, are much harder to come by. Just ask East St. Louis mayor Alvin Parks, whose office was raided by the g-men last year. In that case, FBI agents seized several reams of documents pertaining to the city's liquor control board and TIF funding but have yet to return with an indictment.

Regardless, we'll be keeping our eyes and ears open for new developments in the St. Louis political scandal du juor.