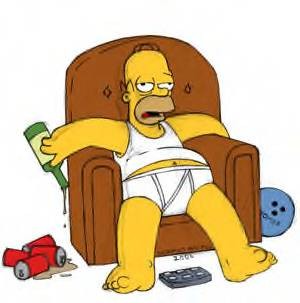 Fat, lazy and stupid. Those character traits make for great cartoons (think Homer Simpson). But according to a new report that ranks health factors in all U.S. counties, the City of St. Louis may have too many Homers.

This report, from the University of Wisconsin and the Robert Wood Johnson Foundation, ranked St. Louis as dead last in the state in healthiness, after every county. Meanwhile, St. Louis County and St. Charles County were among the top.

So, what exactly is the city doing wrong? So states the study: apparently, just about everything.

St. Louis ranked low in most of the categories. Here's an abbreviated list of the areas where the city needs to improve, according to the study:

But while neighboring St. Louis and St. Charles counties are a lot healthier according to this report, Daily RFT has some words of encouragement for city residents: 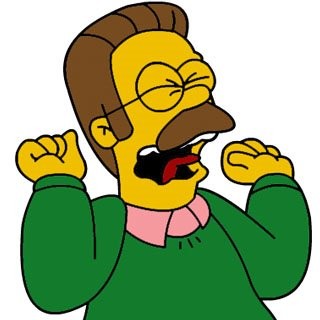 First of all, St. Louis is always ranked among the most dangerous cities in America. Think of how cool you can sound when you tell all your friends in St. Charles about survival in the hard-scrabble, concrete jungle.

Also, the city is ranked tops in sexually transmitted diseases. And how do you get those? Lots and lots of sex. With lots and lots of people. I think you know where I'm going with this.

And what about St. Charles, the healthiest county in Missouri? Well, even Homer Simpson has to put up with Ned Flanders, the healthier and smarter neighbor. But seriously, who wants to live like Flanders? Howdily-doodily anybody?