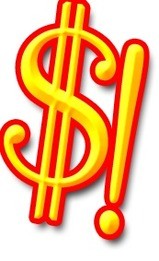 Negotiations between the St. Louis Post-Dispatch's corporate parent and the local union that represents the paper's staff have so deteriorated that union officials have agreed to free up $500,000 in union assets for tarring and feathering.

The St. Louis Newspaper Guild is now seeking P-D employees willing to deploy a variety of smear tactics against Lee Enterprises, from badmouthing the Iowa-based company in the Twitter-verse, to pressuring P-D advertisers to come out in support of the union.

Guild officials fear that within the next month, Lee will make a final offer to its members -- who are 99 percent certain to vote it down -- and that Lee would then declare an impasse in the negotiations. Under federal law, Lee would then be free to impose whatever cuts it wishes.

"The Guild wants very much to reach an agreement with the Post-Dispatch," says Shannon Duffy, the union's business rep. "We've doubled the number of meetings this month, and we remain committed to reaching an agreement. The thing that is concerning to us is that the Post keeps going on and on about, 'Time is running out; if you don't give us what we want, we're going to do what we have to do.'"

Duffy tells the Daily RFT he can't discuss the particulars of the potential PR storm, saying only that the union is prepping for the worst.