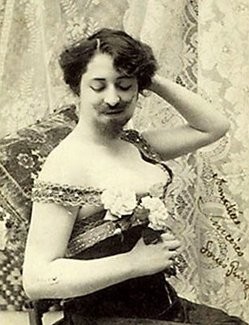 A thief masquerading as a woman (despite his facial hair described as a "goatee and/or light beard") has struck another St. Louis business.

Police in Berkeley are looking for a man who entered the Hustler Hollywood store yesterday dressed as a woman and proceeded to pull a long-barreled handgun out of his dress. The thief made off with the store's entire cash-register drawer.

Berkeley police suspect that the robber is the same man who hit up another north county business last week, the Work Wear for Less in Jennings.

View surveillance footage of yesterday's heist after the jump.