Lamborghini and The Law: Can You Prosecute a Traffic Crime Based on YouTube Videos?

The story of an exotic car dealer busted by the cops for test-driving Lamborghinis and Ferraris on a St. Louis highway and posting videos of his high-speed exploits on YouTube has generated a lot of chatter about the law and criminal procedure.

The cops in suburban Chesterfield didn't catch St. Louis Motorsports employee John Hill in the act. Instead, they found videos online of him allegedly driving at speeds of 150 m.p.h. on public roadways. But are those clips enough to actually convict him of a crime?

That's what Daily RFT wanted to know when we spoke recently with Chesterfield prosecutor Timothy Engelmeyer. Read our Q&A after the jump.

Daily RFT: The YouTube videos show Hill at the wheel of a car allegedly going nearly 150 mph, yet in the arrest report (viewable here), the city is not charging him with speeding. It's charging him with "failure to exercise care." Why's that?

Engelmeyer: There's just no way we could make a speeding case here. When the videos were originally brought to me we felt we had good evidence that the suspect was obviously speeding, but we can't prove that the speedometer in the car is calibrated and that he was going as fast as it appears. That said, it seems obvious from the videos that he is driving extremely dangerously. We have an ordinance for "reckless and imprudent driving" that incurs the same amount of points as a speeding violation. So that's what we decided to charge him with. Now we have to prove beyond a reasonable doubt that 1) he was driving recklessly and 2) he was doing so in Chesterfield. We know it was Chesterfield because you can see buildings in the background that are clearly in Chesterfield. Is this case going to be a slam dunk? Probably not. Any time you don't have an officer who witnessed an offense, it's not going to easy. But then, not all of them are.

Do you know of any case law where someone has been charged and/or convicted of a crime only because they posted videos of the wrongdoing on YouTube?

I'm not aware of much case law on this. On a side note, I have seen other instances where authorities have looked into something based on a video but haven't prosecuted. There was a situation where people were drag racing on a public roadway. The police could identify the car and license plate but not the driver so the case went no where.

What's the statute of limitation for reckless driving in Chesterfield? And how do you know when he committed these acts? 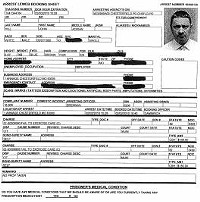 So, if Hill is convicted, what kind of punishment could he receive for the two charges you've filed for reckless driving?

What were you thinking when the police originally brought you these videos?

I watched them and felt comfortable that we could issue a summons. The driver is clearly identified. The point here is that we just can't have people drive a vehicle like that. Unfortunately we've had a number of bad fatalities in the Chesterfield Valley, and the only way to prevent that is to educate people that it won't be tolerated in that area.

Below, the Fox 2 segment that broke this story: