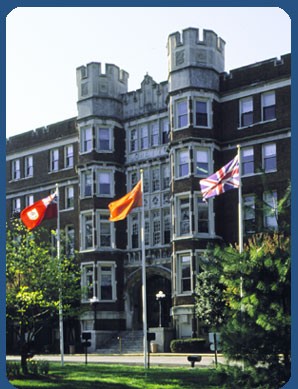 The Webster University Journal is out today with a first-ever explanation for the 2008 firing of the school's highest paid professor, Nicholas DiMarco.

The Journal article, penned by Amir Kurtovic (the paper's news editor and a Daily RFT intern this semester), uncovers documents suggesting that DiMarco bilked students out of nearly $100,000 in lab fees.

The fees were supposed to pay for copyrighted instructional supplies for classes he taught within the university's School of Business and Technology from 2001 to 2007. Instead, the Journal reports that DiMarco photocopied the material and then submitted fake purchase receipts for the products through a company owned by his brother, Vincent DiMarco.

Reached by phone, Nicholas DiMarco declined to tell the Journal why he was fired and denied allegations that he'd defrauded students.

Meanwhile, university officials are also declining to discuss the incident citing policy rules that prohibit it from discussing personnel matters.

DiMarco earned a salary of $163,426 in 2007 at the Webster University. Following his firing in the spring of 2008, DiMarco has served as a visiting professor at St. George's University in the Carribean island nation of Grenada -- a.k.a. a nice place to hide out.