February 11, 2010 at 7:06 AM
comment
Bernie Miklasz of the Post-Dispatch scooped everyone late last night with the big news that Shahid Khan, an Urbana, Illinois-based businessman, is the new owner of the St. Louis Rams.

Khan is president of Flex-N-Gate, an Urbana-based corporation that fabricates plastic and metal auto parts. The company made $2 billion in revenue last year, after rapid growth in the 1990s and 2000s. It operates more than 50 facilities worldwide and was listed as Number 155 on Forbes magazine's list of America's largest privately held companies.

Best news for Rams fans might be this line in the Post-Dispatch story... 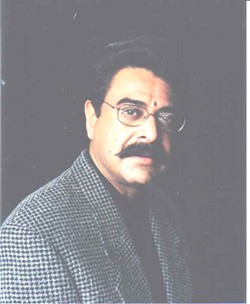 The businessman would control 60 percent of the team, currently owned by brother-and-sister Chip Rosenblum and Lucia Rodriguez. Stan Kroenke owns the other 40 percent, but cannot own a majority as he has stakes in other professional sports franchises.
With the Rams' absolutely woeful play as of late, fans online have already begun chiming in with shouts of "Khaaaaaan!" a la Star Trek.