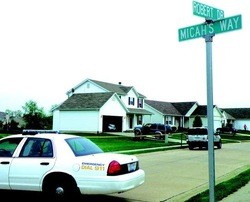 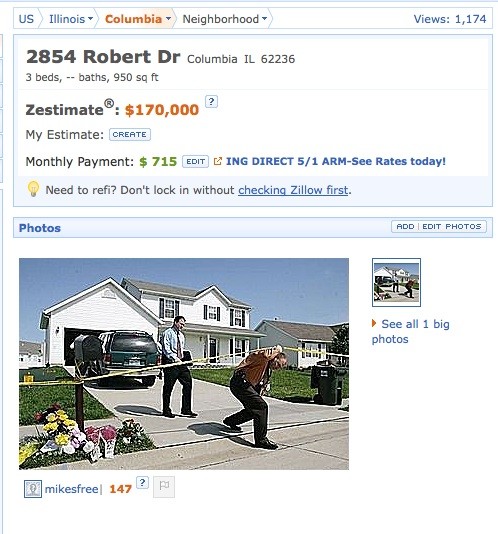 Christopher Coleman, the philandering father charged with strangling his 31-year-old wife and 11- and 9-year-old sons, reportedly owes more than $229,000 on the home.

(It's unclear if that figure includes the cost of removing red sprint messages like, "I told you this would happen" that he allegedly scrawled on the walls in hopes of making police believe a disgruntled Joyce Meyer follower committed the crime.)

Coleman removed his wife's name from the deed several months before the murders.

Looking at the home's listing on Zillow.com, one sees a few flaws potential buyers might encounter.
OK, we made that last part up, but the only picture they have on the listing features detectives and crime-scene tape:

UPDATE 12:05 p.m.: Allison from Zillow.com just called to issue the following clarification: "There is no asking price because this home is not actually on the market. The $170,000 is just an estimated value using a proprietary algorithm we have here at Zillow.com."