Review Recaps: The 10 Movies Nominated for Best Picture, and Our Take on Them

February 04, 2010 at 10:03 AM
comment
Didn't get around to seeing all ten films nominated this year for Best Picture?

No worries. Fake-it-til-you-make-it with these review snippets of the nominees, by our very own Basterds: the film critics of Village Voice Media.


Let no one call so spectacular an instance of political correctness run amok "entertaining." I look forward to the Limbaugh-Hannity take on this grimly engaging development -- which will perhaps be roguishly interpreted by Sarah Palin  as the last stand of indigenous peoples (like Todd!) and women warriors against Washington bureaucrats. At least Avatar won't win James Cameron a Nobel Peace Prize -- but, then again, it just might. Read the full review here.


It gets inside you like a virus, puts your nerves in a blender, and twists your guts into a Gordian knot. Set during the last month in the year-long rotation of a three-man U.S. Army bomb squad stationed in Baghdad, it may be the only film made about Iraq that gives us a true sense of what it feels like to be on the front lines. It's an experiential war movie, but also a psychologically astute one, matching its intricate sensory architecture with an equally detailed map of the modern soldier's psyche. Read the full review here. 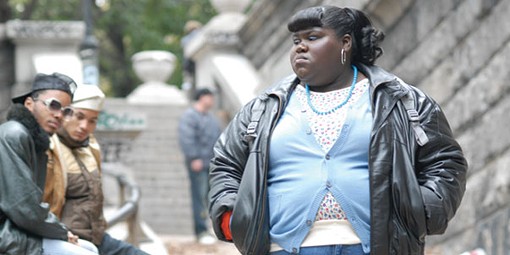 Precious
Scott Foundas writes of Precious in his November 17, 2009 review:

Hothouse melodrama one moment, kitchen-sink (and frying-pan-to-the-head) realism the next, with eruptions of incongruous slapstick throughout, this may be [Director Lee Daniels'] stab at finding a cinematic analog for the novel's inventive, naïf-art language--a film style, like Precious' writing style, seemingly being made up as it goes along. Yet even when the movie is at its most schizoid, Precious still packs a wallop. Read the full review here. 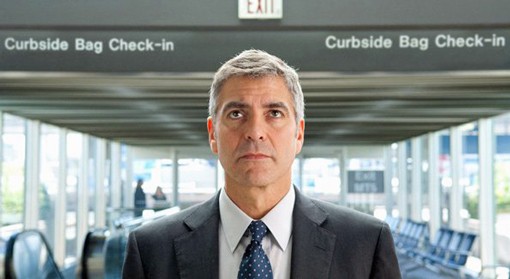 Up in the Air
Robert Wilonsky writes of Up in the Air (which, as we all know was largely shot here in St. Louis), in his December 9, 2009 review:

There's also a reason studios cast George Clooney. If Steven Soderbergh taught Clooney how to act in Out of Sight, then Reitman has taught him how to stop acting. This is the most vulnerable, the most playful, the most human performance of his career. Reitman's as much the softie as the Coens are cynics -- and it turns out Clooney thrives with the former. Read the full review here.


In every scene, Oher is instructed, lectured, comforted, or petted like a big puppy; he is merely a cipher (Aaron has, at most, two pages of dialogue), the vehicle through which the kind-hearted but imperfect whites surrounding him are made saintlier. "Am I a good person?" Leigh Anne asks Sean non-rhetorically--as if every second in this film weren't devoted to canonizing her. Read the full review here. 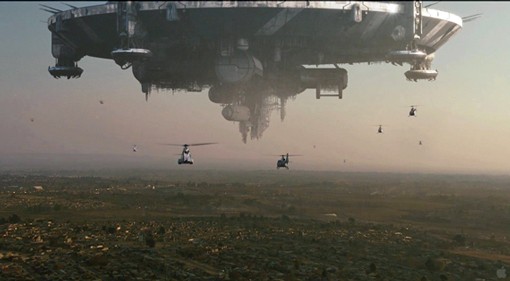 District 9 is never better than in its first 45 minutes, as Blomkamp maps out the film's social and economic realities via a grab bag of news reports, corporate videos and CCTV cameras. The aliens, we learn, can understand English, but speak in their own indigenous language of guttural grunts and clicks (making this one of two major releases this month, along with Quentin Tarantino's Inglourious Basterds, to predominantly feature subtitled dialogue). Read the full review here. 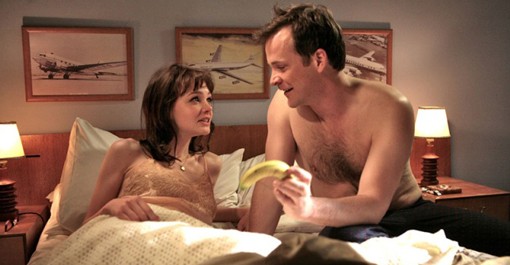 An Education
Scott Foundas writes in his November 12, 2009 review:

An Education arrives in cinemas at a curious moment indeed for a movie about a headstrong 16-year-old who gives herself willingly to a charismatic Jewish hustler more than twice her age. Whatever will the Roman Polanski lynch mob make of that? Read the full review here. 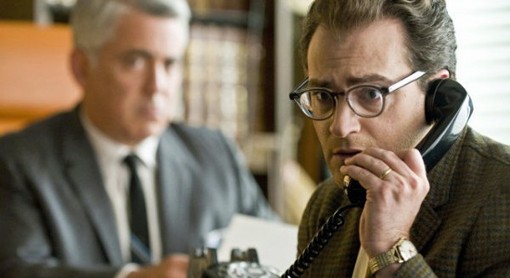 A Serrious Man Ella Taylor writes in her October 27, 2009 review:

The visual impact of all these warty, unappetizing Jews (even the movie's obligatory anti-Semite looks handsome by comparison) carries A Serious Man into the realm of the truly vicious. Read the full review here.

Up
Robert Wilonsky writes to viewers that seeing Up in 3-D is more distracting than anything, as well as:

But despite its title, Up is decidedly earthbound: The elderly Carl (voiced by Ed Asner) spends almost the entire movie schlepping his house across the South American landscape his wife had always hoped to visit. Joined by a young boy (Jordan Nagai) in need of company, too, Carl's literally tethered to a memory, an anchor with a garden hose wrapped around his torso to keep his home from floating away. Read the full review here.

So there you have it, go see the movies that sound interesting, rent them, or just vomit up these opinions at your next gathering of friends.