Missouri Chief Justice: "Tough on Crime" is not "Smart on Crime" 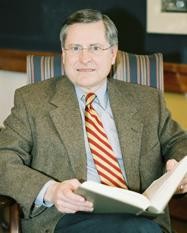 The chief justice for the Missouri Supreme Court, William Ray Price Jr., delivered his "State of the Judiciary" speech to the General Assembly yesterday.

Price used the time to berate legislators over laws they've made that incarcerate non-violent offenders.

"We may have been tough on crime, but we have not been smart on crime," Price told the lawmakers.

The chief justice particularly singled out Missouri's drug and alcohol laws, such as a current bill to crack down on drunk drivers.


"Perhaps the biggest waste of resources in all of state government is the over-incarceration of non-violent offenders," Price said.

Price said the number of non-violent offenders in Missouri prisons, most of them drug abusers, has doubled since 1994. He said the cost to taxpayers is more than $233 million a year. At the same time, the drug court approach to treatment and rehabilitation boasts high graduation rates and low recidivism.

The judge also encouraged lawmakers to reject efforts to change Missouri's non-partisan court plan that calls for for judges in St. Louis, Kansas City and elsewhere to run for office.

"Any change that moves the Missouri plan close to politics, special interests, or money is a change in the wrong direction," Price said