And, The Staycation's Over for Tom Uhlenbrock, the St. Louis Post-Dispatch's Longtime Travel Writer 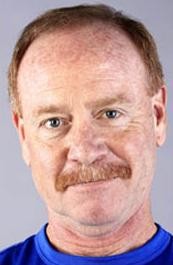 Uhlenbrock, who joined the paper in 1987, had spent a decade penning travelogues but got reassigned to the metro staff about two weeks ago. Instead of spinning tales from far-flung fun-lands, he was supposed to get the nitty-gritty on local universities. P-D editor Arnie Robbins told Daily RFT's Chad Garrison that the metro desk needed more "firepower."

Uhlenbrock's last day on the higher-ed beat will be Friday. A blast-off, sure, but probably not the one the newspaper was envisioning.