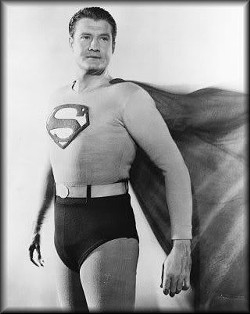 Question: What's faster than a car flying through a camera-enforced speed zone?

Missouri's first-ever speed cameras have yet to begin issuing tickets in Corcoran's hometown of St. Ann, yet the legislator says his constituents are already flooding his phone lines with complaints about the devices.

In response, this week Corcoran introduced House Bill 1947 that would ban the use of speed cameras anywhere in Missouri except school zones and road construction zones.

Corcoran tells Daily RFT that he has a "couple issues" with the cameras.

"For one, these cameras ticket people for moving violations, but like red-light cameras they don't place points on your license which seems to contradict state law," says Corcoran. "Also there is the 'Big Brother' factor inherent with these. People see them as a money grab."

If signed into law, Corcoran's bill would still allow for the use of the speed cameras installed last month in St. Ann and affixed to Hoech Middle School on Ashby Road. For the past several weeks those cameras have been issuing warnings.

"I talked to Bob Schrader (St. Ann chief of police), and I agree with him that the cameras can be good around schools and work zones," says Corcoran.

"I have a kid that goes to Hoech and I know that speeding can be a problem there. But what we don't want is to have these cameras all over the place. That's what my bill is trying to address."

Related Content: If You Hate Red-light Cameras, You Will Hate This Even More...