No One "Asked" 'Em, Still Missouri Lawmakers "Tell" Their Positions on Gays in Military

In Washington D.C. this morning, the Senate Armed Services Committee held hearings to review the military's "Don't Ask, Don't Tell" policy towards homosexuals in its ranks.

And in Jefferson City, state lawmakers rolled out resolutions both in support and opposition to gays serving openly in the military.

On one side is state senator 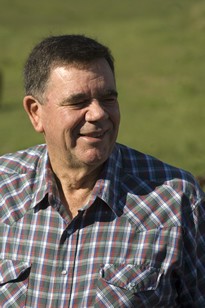 The Missouri Democratic party, meanwhile, is accusing Stouffer of using taxpayer-funded resources to hold the press conference, and suggests it was staged to garner free publicity for Stouffer's campaign for Congress.

"The federal government was created by the states to serve the states...I think that state legislators, uh, legislatures, certainly have an obligation to let their congressional folks know how they feel...this is not political in my mind at all," Stouffer said.
He's right. It's sexual.