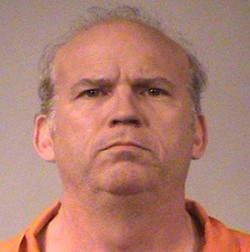 It took a jury just 37 minutes today to convict Scott Roeder of first-degree murder for the May 31, 2009, murder of doctor George Tiller.

The verdict came a day after Roeder, 51, took the stand and admitted shooting the Wichita doctor -- one of the few in the country who performed late-term abortions -- on a Sunday morning as Tiller served as a church usher.

Roeder also told the jury about other plans he had for Tiller -- such as cutting off his hands with a sword.

Per the Kansas City Star:


Roeder told jurors that he bought a .22-caliber handgun on May 18, went target shooting with it on May 30, and used it to shoot Tiller in the forehead while Tiller was serving as an usher in his church.

Roeder testified that over the years, he'd considered other ways to stop Tiller from performing abortions, including cutting Tiller's hands off with a sword, ramming Tiller's car with his own, and taking a sniper shot at Tiller outside his clinic. But he said he ended up choosing to kill Tiller in his church because "it was the only window of opportunity that I saw where he could be stopped."

Roeder will be sentenced March 9. Prosecutors are seeking 50 years with no possibility of parole.