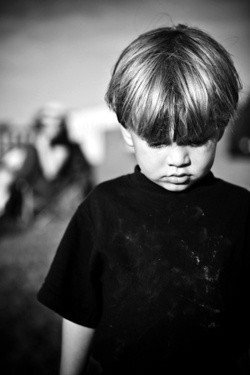 The Kids Count Data Book, an annual publication of the Annie E. Casey Foundation, confirms that young people in the state are facing increasing challenges brought on by higher levels of poverty, a lack of affordable health care and a dearth of quality educational opportunities.

In the city of St. Louis, though, the level of child poverty is by far the highest of any of the state's 114 counties, estimated at 75 percent, Emily Schwartze, director of director of programs and policy at Citizens for Missouri's Children, which compiles this state's Kids Count data for the Casey Foundation project, tells Daily RFT. St. Louis finished 115th.

St. Louis County is "doing pretty well," adds Schwartze, placing 15th in the state. Osage County has the lowest rate of child poverty, followed by St. Charles County, Platte County (near Kansas City), and Andrew and Worth counties, both in northwest Missouri. 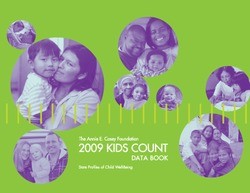 The 17th annual Kids Count report uses six key indicators to gauge poverty levels: The number of kids in free and reduced-priced school lunch programs; the number of births to mothers without a high school diploma; infant mortality rates, the number of high school dropouts; teen births; and the number of children removed from their homes by the state Department of Social Services.

In the city of St. Louis, 75 percent of its students are enrolled in free or reduced-price lunch programs, as opposed to 37 percent in St. Louis County. Also, the high school dropout in the city is 22.2 percent, compared with 3.9 percent statewide.

"We're seeing some improvements in the city," says Schwartze. "There have been improvement in violent teen deaths, child abuse and neglect and the number of teen births, but we have a ways to go."