High-Speed Rail From St. Louis to Chicago Gets $1.1 Billion in Funds 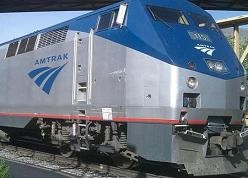 Four-hour train trips to Chicago -- at speeds hitting 110 m.p.h. -- are one step closer to becoming reality.

President Barack Obama will be in Florida today to unveil how the government plans to spend $8 billion it's set aside in stimulus money for some 13 high-speed rail corridors throughout the United States.

More than $1 billion of those funds are being set aside for rail improvement between St. Louis and Chicago. Ed Montgomery, the White House executive director for auto communities and workers, is in St. Louis today to announce the regional funding.

Stimulus funds are also being set aside to improve passenger service from Kansas City to St. Louis. The $31 million dedicated to that initiative will go toward track redesigns to allow faster passenger trains pass slower freight trains.