January 27, 2010 at 10:00 AM
comment
So apparently the plan from here on out for the Cardinals is the proverbial wall covered in feces. As in, see what sticks and then rosterfy them sumbitches. 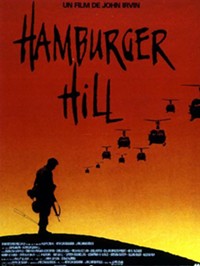 The Cards reached a deal yesterday with Rich Hill, former Baltimore Oriole and Chicago Cub. (Boooo!) Hill gets an invite to spring training, where he will try to figure out just what went wrong in a once-promising career.
I promise I won't make even a single joke about whether or not he can play center field.
The thing is, I remember when Hill was good, and he was really, really scary. I know Barry Zito's curveball is generally considered the gold standard of curves in baseball (particularly of the sinister side variety), but I honestly think Hill's, when he was right, was even a little better. I don't know if I've ever seen a pitch that made so many major league hitters look more helpless. (Actually, I have seen one better curveball, and it belonged, oddly enough, to the guy whose career Hill decided to imitate...)
Unfortunately, Hill caught himself a wicked bad case of Steve Blass Disease, and hasn't been able to throw a strike since roughly the All-Star break. Of 2007. To wit: Hill threw 19.2 innings for the Cubs in 2008, and walked 18 hitters. In 2009, he was a little better, tossing 57.2 innings for the Orioles, walking only 40. Unfortunately, his slightly improved control didn't do much good; his ERA in those innings was 7.80.
Still, it's tough to really get down on this move. Rich Hill was a legitimately exciting pitcher as recently as 2007; in fact, if I remember correctly, he was one of the top names in Cy Young contention at the break. Whether his injury caused his control problems or he just went all Ankiel out of the blue I have no idea, but this is still a guy who had a ton of talent at one time.
I don't honestly expect anything to come of this; guys don't often come back from Blass Land and a torn labrum. But hey, it's a zero risk move and he does have some talent. Hell, if he can find even a reasonable facsimile of just adequate control he could be an asset out of the bullpen; in 2007 (his last halfway full season), Hill held lefties to a mere .573 OPS. With his ability to spin a breaking ball, even Mitch Williams level command of the plate would likely be plenty good for LOOGYdom.
The only thing I really dislike about this is that it seems as if there's absolutely no chance of John Smoltz making a return to the Cardinals for 2010. The writing was on the wall as far back as the Brad Penny signing, but bringing in NRI guys like this to compete for that 5th starter's job just clinches it. And that makes me a rather sad panda.
Still, this is another canny lotto ticket purchased by John Mozeliak, who appears to have a firm grasp of how to deal with the fringes of a roster. Now, if we could just figure out how to get him out of the Kyle Lohse contract...