The Problem With the Rams, Revealed at Last!

January 25, 2010 at 12:45 PM
comment
It was the trainer.
Yep, you heard me. The trainer was the reason the Rams only won a single game in the 2009-2010 season. Not the impotent offense, not the porous defense, not the coaching, not the players. It was the trainer.
After his first season as head coach of the St. Louis Rams, Steve Spagnuolo looks to return most of his staff for his sophomore campaign, with just that one really notable exception. And I for one am relieved. Something clearly needed to be done about the guy responsible for taping ankles.

Head athletic trainer Jim Anderson and trainer Dick Walden were both fired over the weekend, ending tenures with the Rams organisation of 26 and 17 years, respectively. Both were part of an extremely small group of individuals who had been with the club since their days in Los Angeles.
Coach Spags claimed the firings had nothing to do with the Rams' bad luck with injuries last year, but I wonder how else you can interpret this move. The Ram offense was the most pitiful in the league, ranking dead last in points scored, but I hear no rumblings of Pat Shurmur's job being on the chopping block. The Rams' defense was 31st in points allowed, but the defensive staff seems to be all kinds of safe. So what, exactly, is the deal with firing the trainers? 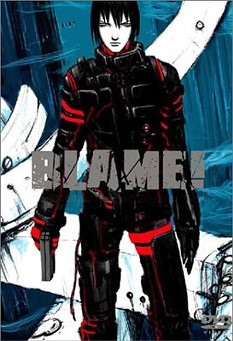 Now, don't get me wrong. I'm not calling for the heads of everyone at Rams Park. We're one year into a massive rebuilding project that will have to contend with not only the detritus from the end of the Mike Martz era, but the abject failure that was Scott Linehan's tenure as head coach. I'm not a fan of the current offensive system in particular, but I'm perfectly willing to give it more than one year to succeed.
No, what I have a problem with is this seems like a move the old Rams would have made. The old, dysfunctional Rams, when every week brought hints of a new power struggle. If players are hurt, why fire the trainers? Did Jim Anderson just suddenly forget, after nearly three decades, how to keep players healthy?
Maybe instead of looking at the training staff, the Rams should look at finally doing something different with their turf, which year after year gets panned mercilessly by players both home and visiting. The Rams replace the turf every single year; the problem is the type of turf they use is meant to be left down and broken in. It's a terrible surface to play on.
Or maybe they should look at the players themselves. The players who ended the season on IR are most of the same players we see on the sidelines every other year. Marc Bulger getting hurt is not the training staff's problem; Marc Bulger simply gets planted in the turf a dozen times a game, every single week. Hey, maybe some actual protection on the line and Bulger wouldn't suffer from flashbacks every time he prepares to call a play.
Firing the training staff after a brutal season smacks of scapegoating at its worst, and I don't like it one bit. I had thought things would be different with this new coaching staff, but things like this make me think I might have been wrong all along.