Fight to Save a St. Louis Tradition: Golden Gloves Boxing This Weekend at the South Broadway Athletic Club

January 22, 2010 at 11:37 AM
comment
The South Broadway Athletic Club has hosted Golden Gloves boxing since the tournament was started by the St. Louis Globe-Democrat in 1935. The club itself has stood on the corner of 7th Street and Shenandoah Ave in Soulard since 1904. Tonight, the legacy continues with 23 bouts, featuring amateur fighters from across the St. Louis area. 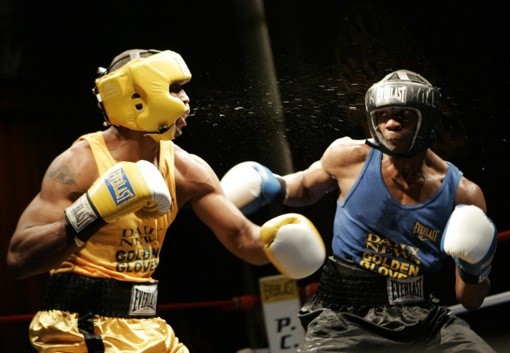 But According to Bill McLaughlin, the SBAC's head boxing trainer, unless the club receives some sort of financial windfall in the coming year, it might be the last time they're able to host fighters from their own stable.

After struggling to make ends meet and pay for equipment, the gym is considering a switch to training mostly mixed martial arts fighters. "South Broadway needs money and MMA makes money," says McLaughlin, who's coached pugilists for nearly sixteen tears. "These are hard times and MMA can bring the money we need to fix the gym."

Heaven knows they could use the cash. The gym -- located a few blocks down 7th Street from the club itself -- is a gritty, sweat-soaked joint straight off the screen of Raging Bull. The sparring ring is made from garden hoses rather than ropes. All the heavy bags are wrapped in duct tape. Large chunks of the ceiling are missing, covered instead by plastic tarp.

If anything, the conditions makes the kids train harder. McLaughlin says he's currently coaching around 25 fighters ages 13-28. Seven of them are scheduled to compete in the tournament tonight.

Most of his fighters came up hard. McLaughlin says boxing is an outlet for them.

"It's discipline, straight up, they need that in their lives," he says, puffing a cigarette while he shouts instructions at a kid getting pummeled on the ropes. "It keeps kids off the street, off drugs, out of gangs -- and if they learn to defend themselves, learn boxing, that's a just a plus." 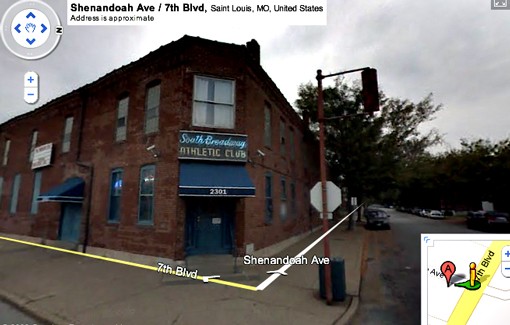 Most pay little or nothing to train at the club.

"The lessons are free unless they can afford it," McLaughlin says. "But most of these kids can't afford it. If they can't for it, and for the equipment, we do it for them."

But after a down year in the economy, the coach says the club and the gym might not have the resources to continue training pro bono. So when Rick Thomas, an MMA trainer with a gym in Sunset Hills, proposed renting the gym out to train his fighters and the club to host events, the  boxing men couldn't say no.

"We're not going to give up boxing, it's been a part of the community for forever," says Thomas, a judo black belt with experience in ju-jitsu and muay thai . "It's just MMA is what's hot right now, it's where the money's at."

McLaughlin's fighters, however, could care less about the cash.

Nineteen year-old Emil Hector, a fighter in the 152-pound weight class in tonight's competition, says he received a purse of just $20 after he won his last bout.

"Being in the ring after you've won a fight is the greatest feeling in the world," Hector says. "You just know you gave it your all."

Tickets to the Golden Gloves tournament on Friday and Saturday start at $10. Stop by, grab a drink, and help keep a local tradition alive.