Pro Tip: Pot Garden in the Closet? Don't Push Your Girlfriend Through a Sliding Glass Door And Then Call the Cops

January 21, 2010 at 10:35 AM
comment
Columbia has some of the most liberal marijuana laws in the state of Missouri. Thanks to a 2005 voter referendum, police in the college town cannot arrest anyone solely for misdemeanor possession (up to an ounce and a quarter) and the maximum penalty for holding that much reefer is just a $250 fine -- regardless of previous convictions.

Still, if you're a Columbia resident with paraphernalia lying around the house and a small pot grow-op in the closet, it's wise to avoid a domestic dispute that ends with you pushing your girlfriend through a sliding glass door and then summoning the police. 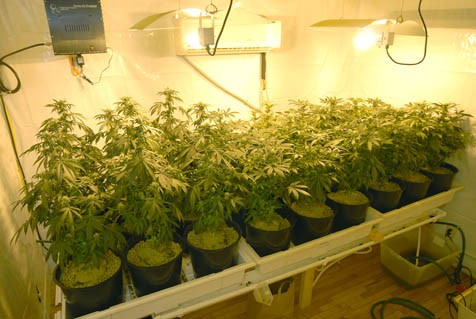 According to a report in today's Columbia Missourian, Taylor called the cops around 2 a.m. to report that his lady friend, Zahara Warn, "had broken into the residence and was damaging property."

When the fuzz arrived at the scene, they smelled something funny.


When police met Warn at the door, they saw she was bleeding from a cut on her arm and the sliding glass door was shattered. Warn told police that Taylor had pushed her into the door.

When police came inside to search for other injured people, they found eight marijuana plants in an open closet and drug paraphernalia in the apartment, Haden said.

While police sought a search warrant, Taylor and two other occupants, Michael T. Heckman, 21, and Bradley A. Sears, 20, were detained. Warn was taken to the hospital, Haden said.

After obtaining the warrant, police confiscated the plants, some growing equipment and drug paraphernalia.

All four parties were arrested and charged with suspicion of drug manufacturing and possession of drug paraphernalia. There's no mention of a charge for Warn for allegedly breaking into the apartment.