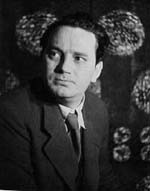 You can't go home again. It's just the way things are. We all fight it, we all do what we can to hold out on our younger worlds, but facts, as they say, is facts. You can never really go home again.
Thomas Wolfe understood. Jim Edmonds, apparently, does not.
Edmonds wants to come back to baseball, and he wants to do it with the team he built the greatest part of his legacy upon. So is Jimmy Baseball back in red a good idea? Or should we perhaps say look homeward, Angel, so he would at least have the option of DHing here and there? (Okay, I promise, that's all the bad literary puns out of me today.)
I'm going to level with you: I want this so badly it hurts me inside. See, Jim Edmonds is one of my all-time favourite ballplayers. Of all the players from the great Cardinal teams of the decade just past, Edmonds was the one I loved most of all. Sure, Albert Pujols is the greatest, but how much can you really love him? He is something Other entirely, and you can only watch in awe. Adoration is unbecoming. Scott Rolen was amazing, but I'm just not capable of forming an attachment to someone who loves Ayn Rand. I'm just saying.
But Jim Edmonds, I loved that guy. I loved the way he played in the field, gliding hither and yon, just barely getting to every single ball hit anywhere near him. The man could dive like no one else on earth, and he practiced constantly. He dove for the tough ones. He dove for the easy ones. He dove out of the way of inside fastballs still a foot away from him. He was like a charming, blonde-highlighted Vlade Divac. I loved his batting stance; I've never seen a human being try to hit a ball that way, and would have assumed it was impossible it Edmonds hadn't done it. I loved how every year, you could set your watch by one of Jimmy's mysterious leg injuries that always seemed to clear up just as mysteriously right around the first of April.

So perhaps I am in no way, shape, or form equipped to look at this in any sort of rational light, but nonetheless, I'm in favor of it. Sign Edmonds to a league minimum deal, invite him to spring training, and see if he's got any of the old magic left. He played very well in his last half season with the Cubs, which was, coincidentally or not, right around the time he finally seemed to get his post-concussion meds squared away properly. If he doesn't have it any more, cut him loose.
The Cardinals have their starters in the outfield, but I really don't see many appealing choices for extra outfielder running around. Allen Craig should absolutely make the squad, I think, but I also don't want him anywhere near center. Ever. A guy like Daryl Jones really needs to be in the minors and playing every day, trying to develop into whatever it is he's going to be. Jon Jay, I suppose, would be an intriguing name to throw in the pot, but I think he's still got a bit more room to develop. Again, playing every day in the minors would be more beneficial to Jay than playing sparingly in the majors, I believe.
Joe Mather would fit the 4th outfielder/ backup center fielder role to a 'T', of course, but I heard John Vuch recently talking about Mather's wrist, saying he still wasn't sure it was completely healed. I just don't know if you can bank on anything out of Joey Bombs if his wrist doesn't want to cooperate.
I suppose there's always Shane "The Shorter, Whiter, Scrawnier Eckstein" Robinson, but I would prefer not to see him much, if at all. Hey, maybe Shane Robinson is the answer, but if so, I'm not sure I want to know the question. Nick Stavinoha? I would prefer the next time I see Stavinoha to be when he's helping a fat kid pick out pants in the husky section of JC Penny.
So I ask you: could Edmonds really be any worse than the other options? To which I answer myself: yes, he probably could. But then again, that's why they put erasers on pencils. Bring him in. Do it, Mo. It'll be awesome.
Then again, perhaps I don't want to see Jimmy Baseball old and broken down. It hurt enough to watch him fight through the fog his last season here; maybe it's best he just stays gone. Maybe Wolfe really did have the right of it.
The place you want to go back to is gone. Things never stay the same, and our world just gets older and darker every day. You can never really go home again. But I wonder if maybe sometimes you might get to visit, just passing through, just long enough to say goodbye.