Illinois Man Gets Four Years for One-Punch Bar Fight Killing. Will he be flying to jail on Con Air? 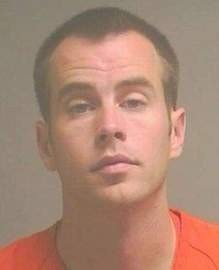 You have to feel a little sorry for 32 year-old Dustin Goy. In 2007, at a bar in Crystal Lake, Illinois, Goy got into an argument with Anthony Carlsen. The pair stepped outside and Goy punched Carlsen just once, in the side of the head, knocking him out instantly. Carlsen fell, hit his head on the pavement and died.

Last week, judge Sharon Prather sentenced Goy to four years in prison for the killing, calling it "a senseless act fueled by alcohol."


Goy's defense argued he was acting in self-defense after Carlsen - five inches taller and 130 pounds heavier - shoved down one of his friends and then turned to Goy.

Prather rejected those arguments, saying there was no evidence Carlsen acted aggressively toward the defendant.

During an emotional hourlong hearing before Prather Friday, Goy, a father with two young children, gave a brief, tearful statement thanking his family for their support and apologizing to Carlsen's widow and two children.

"My heart goes out to you and your family," he said. "I'm so sorry for what happened to you that day."


Of course, Goy could ultimately redeem himself by helping re-capture a hijacked transport plane full of vicious killers. Wait, what?

If you're totally confused by that last sentence, you've obviously never seen the cinematic triumph that is Nicholas Cage's action-cheese epic Con Air. The film begins with almost the exact same scenario that landed Goy in the slammer.


Cameron Poe, who is a highly decorated United States Army Ranger came to his home of Alabama to his wife, Tricia. only to run into a few drunken regulars at where Tricia works. Cameron unknowingly kills one of the drunks and was sent to a federal penitentiary for involuntary manslaughter for seven years. Then, Cameron became eligible for parole and can now go home to his wife and daughter, Casey. Unfortunately, Cameron has to share a prison airplane with some of the most dangerous criminals in the country, who somehow took control of the plane and are now planning to escape the country with the plane.

While it's unlikely that Goy is an ex-Army Ranger with deadly martial arts skills (and he definitely doesn't have Cage's mullet), four years from now he could totally be an action hero who tells greasy maniacs to "Put the bunny back in the box."