January 18, 2010 at 2:59 PM
comment
Coming off two awards shows this past weekend, Up in the Air, the movie-with-a-message (loved ones matter more than your career) largely shot here in St. Louis, didn't fare so well.

Director Jason Reitman went two-for-two in the screenplay category though, collecting awards at the Critics' Choice and Golden Globes for his adaptation of Walter Kirn's 2001 novel by the same name. 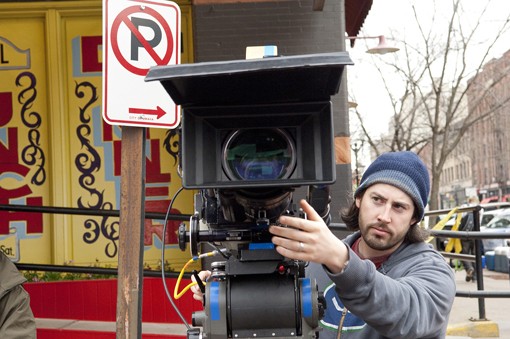 At last night's Golden Globes awards, the film received the most nominations, but was overlooked in all categories except for the screenplay award. It was nominated for:
At Friday night's Critics' Choice Awards, it was nominated for:
The movie received a lot of Oscar buzz early on, but if the past weekend's showing is any indicator (the Critics' Choice bills itself as a strong indicator of who will win at the Oscars), Up in the Air may come up short at the March 7 Academy Awards.

Related Content: "Grounded: Up in the Air director Jason Reitman has a good sense of where he's from and where he's headed."