Deal to Save Fairmount Park Coming Down to the Wire

January 12, 2010 at 9:35 AM
comment
Four. That's the number of state union workers at the Fairmount Park racetrack in Collinsville who are at odds with the Illinois Racing Board.

Hundreds. That's how many other non-union employees, trainers, owners, jockeys and track personnel will likely lose their livelihoods if the track's season is cut so drastically.

It doesn't take a gambling genius to see that those numbers add up to an unsettling situation -- not just for the horsemen who depend on the track for a living but also the bettors who look forward to a full summer's worth of entertainment playing the ponies. 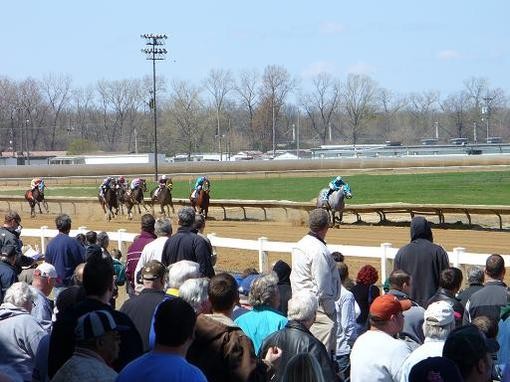 If the small group of union workers here in southern Illinois can't come to an agreement with their bosses in Chicago soon, Lanny Brooks, executive director of the Illinois Horseman's Benevolent and Protective Association, says the track will likely be forced to fold after 2010's shortened year.

"We have passed the deadline the Illinois Racing Board set to come to an agreement with state workers,"  Brooks tells Daily RFT. "However, it's my understanding they are willing to still negotiate. The window is still open if the two sides can get together. I would say [the window] closes fairly soon.

"I think it would be difficult to survive with only three days," Brooks adds. "Once you lose people for a whole year -- just look what happened with the baseball strike, how long it took to get people back. Some still haven't come back."
At the heart of the conflict between the state and the union is the number of days an Illinois state employee must work in order to earn medical and pension benefits. The state currently sets the bar at 130 days. Back when Fairmount Park hosted 160+ horse races annually, the workers qualified without a problem.

But over the past three years the track has fallen on hard times and the racing schedule has been pared down (before the dispute, the track hoped to host 52 days of racing in 2010). And yet the handful of state union employees -- two stewards, a secretary, and a license clerk -- still received the benefits of full-time workers.

The Illinois Racing Board -- in the midst of a $1.4 million budget shortfall -- wants to withdraw that bonus in the coming year.

The state agency is willing to use Fairmount's upcoming racing season to leverage a deal. So far the four local workers haven't blinked.

"The racing board's stance is, 'If we're only racing 52 days, how can they justify paying these employees for 130 days?'" Brooks explains. "On the other side, these guys say, 'We've worked here for years and we have expectations and we've passed on other jobs and we're to an age where we deserve these extra days."

Meanwhile, Fairmount Park is stranded helplessly in the middle of the the state's labor dispute with no authority to intervene. The track cannot simply sack the union workers and move on without them -- that would require the approval of the racing board, and the agency requires representatives at each track.

Brooks says if a deal isn't reached by February 1 -- a date when horsemen have to start making contingency plans to race at other tracks -- the current three-day schedule will almost certainly be set in stone. He says he's urging the union workers to agree to work this season without benefits "under protest."

Fairmount has suffered a litany of financial problems in recent years, including an abrupt end to the 2009 season last August when the track couldn't cover the purses in the final races.

With this year's schedule already in limbo, longtime horsemen like Lou O'Brien, an owner who has raced horses at Fairmount for nearly 40 years and currently oversees a stable of 42 thoroughbreds, is ready to quit the business.

"I'm tired of it," O'Brien says. "Every time I turn around they have another problem. I'm going to dissolve my stable this year. We'll race at some other base, we'll race at whatever tracks are open and we'll go from there. But if I can't watch my horses run, there just ain't no sense in doing it."