Have you heard? Disgraced state senator Jeff Smith is tweeting from prison!

Yes, even though Smith is not allowed to use Twitter behind bars, the social-media junkie is still able to get his 140-character (or less) pearls to followers. Apparently, it's a pretty involved process, too, requiring Smith to:
Since arriving in the poky last week, Smith's public tweets have focused primarily on the mundane topics of prison basketball and chess. But as Unreal has discovered, Smith's private tweets (sent only to a select few individuals), reveal a man hell-bent on busting his way out of prison and returning to the political realm. 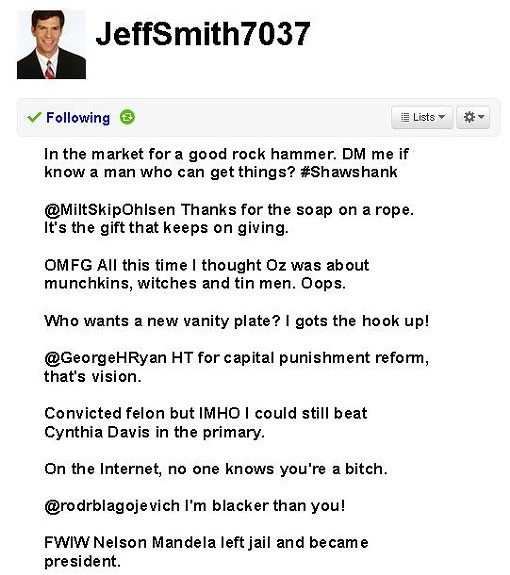 Any of you get other secret Jeff Smith tweets that we missed? Post them in the comment section below!