January 08, 2010 at 3:45 PM
comment
The first full week of work after the holidays is always a killer. Sure, you come in on Monday morning, buzzed and amped for the week ahead, but by Thursday you're as defeated and tired as Dilbert on quaaludes.

Re-energize, then, this weekend with some of these inexpensive entertainment options. Also, feel free to hype your own event in the comments section. Anything goes. Some events are 21-and-up. As always, call ahead before venturing out. 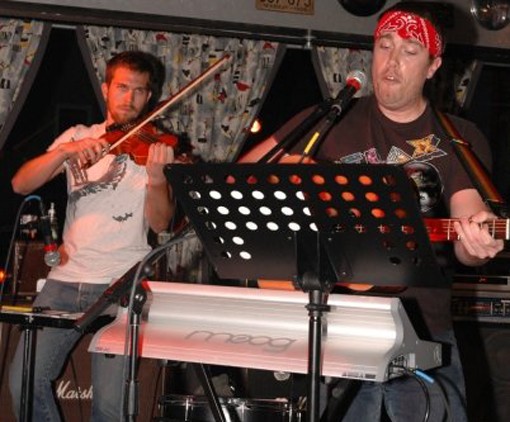 In December, locals Blood Pony opened for the Rural Alberta Advantage and the Shaky Hands at Off Broadway. The sextet's vibrant indie-pop fit perfectly alongside the rickety charm of the former and the classic-rock-leaning propulsion of the latter. 7:30 p.m. Free. Read the rest of Annie Zaleski's preview here.

This weekly dance party at Sol Lounge (4239 Lindell Boulevard) in Midtown plays "90s pop, old-skool hip-hop, electro, remixes and videos." Before 11 p.m. there's no cover and it's $5 after that. More info is at 2legitclub.com.
"Drink for FREE on Friday" at Harry's Downtown (Friday)
Love to drink? Harry's (2144 Market Street) be the place for you Friday if you are heading downtown. First the good news. The "ladies drink free" mantra applies here. For men, it'll cost you $10. To feel even more baller-like, there is free valet parking. But please, tip the driver. Here's a poster with more information.

The first night of the weekend-long No H8 Ball is a house music party at the Manchester Underground (3960 Chouteau Avenue.) "DJ Olskewl" of Skybox and Spybar plays music from 9 p.m. to 11 p.m., while IHDP's (International House Dance Party) DJ "CJC" plays music from 11 p.m. to close at 3 a.m. Visually, there's a "laser-light experience," which begins at 11 p.m. The party costs $10 per person, which includes one free alcoholic drink. The No H8 Ball also has a Facebook page with much, much more in the way of details. 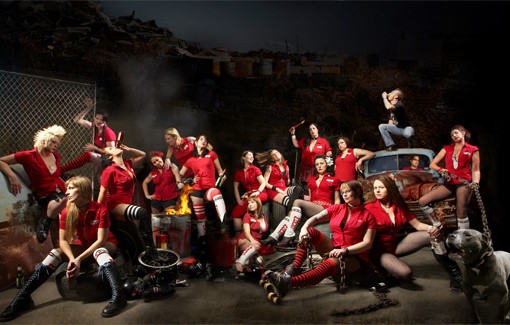 Entering its fifth year of devastation, the Arch Rival Roller Girls flat-track roller-derby collective now includes four local teams and an all-star travel team. Tonight at 8 p.m. you can enjoy the roar of the crowd and the catty banter between the skaters once again as the season officially kicks off with a bout between the M-80s and the Stunt Devils. $10. Read the rest of Nicole Beckert's preview here. 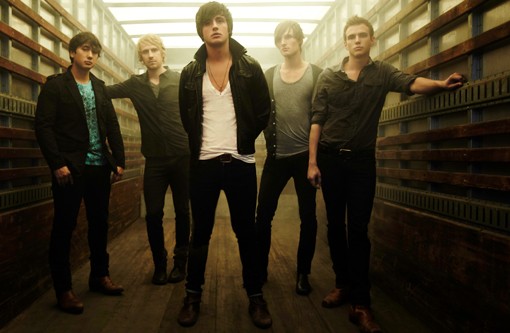 Parachute Musical subtly embeds smart time changes and highly involved arrangements within its infectious, slick piano-pop. The ivory-twinkling focus and epic dynamics of the Nashville quartet's songs occasionally resemble Jack's Mannequin, and its penchant to make things swing a bit might draw somewhat-obvious Ben Folds Five comparisons. $8. Read the rest of Shae Moseley's preview here.
Lemuria at Illegal Tone Recordings in Belleville (Saturday)
Led by diminutive frontwoman Sheena Ozzella, Lemuria -- completed by drummer Alex Kerns and new bassist Kyle Paton -- is helping bring back a style of indie rock popularized by '90s groups such as Sebadoh, the Lemonheads and Velocity Girl. By mixing these influences with elements from modern acts such as the Weakerthans and Rainer Maria, Lemuria crafts powerful punk-pop concoctions all its own. $5. Read the rest of Annie Zaleski's preview here.
Lola Grand Grand Opening (Saturday)
New downtown St. Louis restaurant Lola (500 North 14th Street) holds its grand opening party on Saturday night. Admission is free. Here's the party's Facebook page so you can see who's going. Music by Urban Groove Project. Get there around 9 p.m., say organizers.
Punch Drunk Comedy at Cicero's (Sunday)
This alternative comedy night at Cicero's costs just $5 if you're older than 21 and $8 if you're a minor. Organizers liken it to New York's bygone Invite Them Up or Comedy Death Ray in LA. The show starts at 7:30 p.m. More information is available at the Cicero's Web site.
Let's Go Fishing Show at the Gateway Center in Collinsville (All Weekend)
Look, life offers very few certainties. If you see money on the ground, pick it up. If you're offered a free beer, drink it. If dessert is included in the price, eat it. If you have a chance to meet Mr. Crappie, you shake hands with Mr. Crappie. And guess what you can do Friday through Sunday (January 8 through 10) at the Gateway Center (1 Gateway Drive, Collinsville; 618-288-9952 or www.letsgoshows.com)? Wally "Mr. Crappie" Marshall, the man who knows more about catching crappie than any other angler in the business, will be discussing the art of fishing at the 2010 Let's Go Fishing Show -- go learn from the master. $3-$7. Read the rest of Paul Friswold's preview here.