At Least One Group In Town Is Excited About the Snow

January 07, 2010 at 10:00 AM
comment
And no, we're not talking about nearly every student in the metro area who's outside being pelted by snowballs right about now.

While you're grumbling about your street not getting plowed (hey, the MetroLink is still running on-time) or shoveling the sidewalk, you can bet the penguins at the St. Louis Zoo are loving this sh*t: 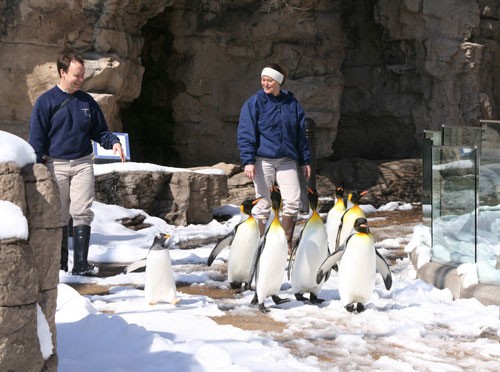 Got any good St. Louis snow photos? Share them in the RFT's Flickr Pool. Meanwhile, check out a few more St. Louis animals in snow after the jump...