December 30, 2009 at 10:31 AM
comment
Even leaving aside the public servants (Jeff Smith, Steve Brown, T.D. El-Amin) who got caught red-handed this year, 2009 offered a bumper crop of truly stupid crimes.

Eight men from 'round the town of Doniphan allegedly thought they could outsmart man and beast when they dispatched a pack of dogs souped up with GPS to hunt down deer in the Mark Twain National Forest. Using dogs to hunt deer is (too easy) illegal in the Show-Me state, and pretty much everywhere. The defendants were charged with a violation of the federal Lacey Act and face jail time, not to mention a $100,000 fine. 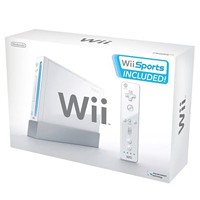 Maybe it was the heat. On July 27, 2009, Christian Brezill and Ronald Jackson, officers with the St. Louis Metropolitan Police Department, got a tip that a "Jane Doe" was sitting on a gas station lot with a trunk full of stolen electronics. Bootay! But not the kind you're thinking. Brezill and Jackson allegedly conspired to steal Doe's stolen gizmos, and split the bounty between them, rather than simply arrest the woman on her traffic warrants and report the property on the police report, like (common sense) department protocol would dictate. Unbeknownst to the police officers, "Miss Doe" was a federal informant cooperating with law enforcement -- and all her "stolen" electronics actually belonged to Uncle Sam. Brezill and Jackson were indicted for felony theft, which can bring up to 10 years in the pen.

Virginia Burns, 50, of Overland, told Ladue police officers that somebody knocked her out of her wheelchair and proceeded to rape her in the leafy 'burb one Saturday night in November. Burns said her van had run out of gas on McKnight Road, the scene of the alleged crime. But not quite two weeks passed when lo and behold, Burns was able to walk out her front door to a waiting police vehicle. Authorities say it was no Christmas miracle. Burns was neither raped, nor was she disabled, according to police. But she was charged with making a false police report.

Honestly, who needs to write fiction when true crime is this good? Back in September, Donald Aten, of Belleville, Illinois, allegedly used the five-finger discount to steal a chainsaw from a Belleville garage and then hoisted the ol' thumb, trying to hitch a ride for himself and his new piece of machinery. Aten was reportedly broke-ass drunk, too. Oh, and it was about 5:30 a.m. Aten's victim apparently discovered the theft/thief upon hearing Aten (belching) moaning in the garage. Last we knew, he was in custody, with bail set at $75,000.

Instead of jetting off to some exotic locale after tying the proverbial knot, a pair of suburban St. Louis newlyweds took a much wilder journey without leaving town -- via LSD...which took them on a hike in Fenton...which commenced seizures in the poor bride...who then fell over on the trail. Thank God for the good Samaritans on (unicorns) horseback; they found the newlyweds right after the tripping hubby had called police with a sham story. This storybook honeymoon ended with the bride in the hospital and the groom in the county jail, awaiting charges of drug possession.

​5. Thought She Was Gonna Come All The Way From Michigan Just To See You, Eh?
The title of this Daily RFT item from December 9 sums it up pretty well, don't you think?
"This is why you don't become pen pals with a jail babe, invite her over for a sleepover, and show her your valuable coin collection."
'Cause $10,000 in missing metal later, if you're this poor Fenton dude, you're literally -- and figuratively -- screwed.

​Thirty-nine-year-old married mothers have no business texting 13-year-old boys who aren't their own flesh&blood, as Christie Bradley, learned earlier this year. Police charged the Waterloo, Illinois, mother with sexual coercion and enticement after unearthing sexts and Facebook messages that Bradley had allegedly sent to a young lad with hopes of talking into him a lil' diddle. The arrest came when Bradley arrived on said boy's front porch bearing condoms and sweet-somethings she'd purchased from Victoria's Secret.

Private clubs supposedly promote decency and etiquette. 'Course, like in real life, the member rosters usually include a fair amount of riff-raff. Surely the peeps at the Town & Country Missouri Athletic Club had that thought on the brain this fall after 59-year-old Michael Sansone and 45-year-old Brian McDonald got into a scrape in the men's sauna. Between the slurs that were hurled  ("faggot!") and the implements involved (razor, towel, nudity), it's lucky more blood wasn't shed. According to a police report, Sansone was breaking house rules by shaving in the sauna, much to the chagrin of McDonald. After the latter challenged the former on his actions, a fight ensued, security was summoned and yep, in came the blue-shirts. Tsk, tsk. In the end, neither fella wanted to prosecute the other.
So who committed the year's dumbest crime? Find out on the next page.
1. David Freese

​When asked by the Maryland Heights Police Department officer to please hand over his proof of insurance, St. Louis Cardinal David Freese fished his health insurance card out of his wallet. When asked how many drinks he may have consumed before getting behind the wheel that night, Freese told police he had seven beers. A breath-test revealed a BAC of .232, aka three times the legal limit. Freese was subsequently arrested on suspicion of drunken driving. Scott "Free" Rosenblum now represents the third-base prospect.