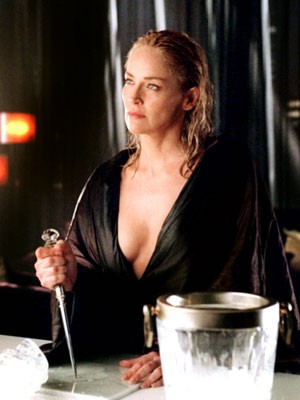 Police in Springfield, Missouri, arrested a woman yesterday following an altercation in a Chili's parking lot. (The name of the restaurant is especially pertinent here because what happened next is so cold-blooded, it's downright chilly.)

Police say an 18-year-old female was trying to park outside the restaurant around 1:13 p.m. December 21 when she believed a male motorist took her parking space.

An argument ensued and before you could say "psycho killer" the woman produced an ice pick and stabbed the man. She then jumped into her car and fled the scene.

The man -- left bleeding in the Chili's parking lot -- was taken to the hospital and treated for nonlife-threatening wounds. Police later arrested the woman after witnesses reported her license plates to police.